These soft vegan pumpkin cinnamon rolls use real pumpkin, the right amount of pumpkin spice and are topped with a maple cream cheese frosting. 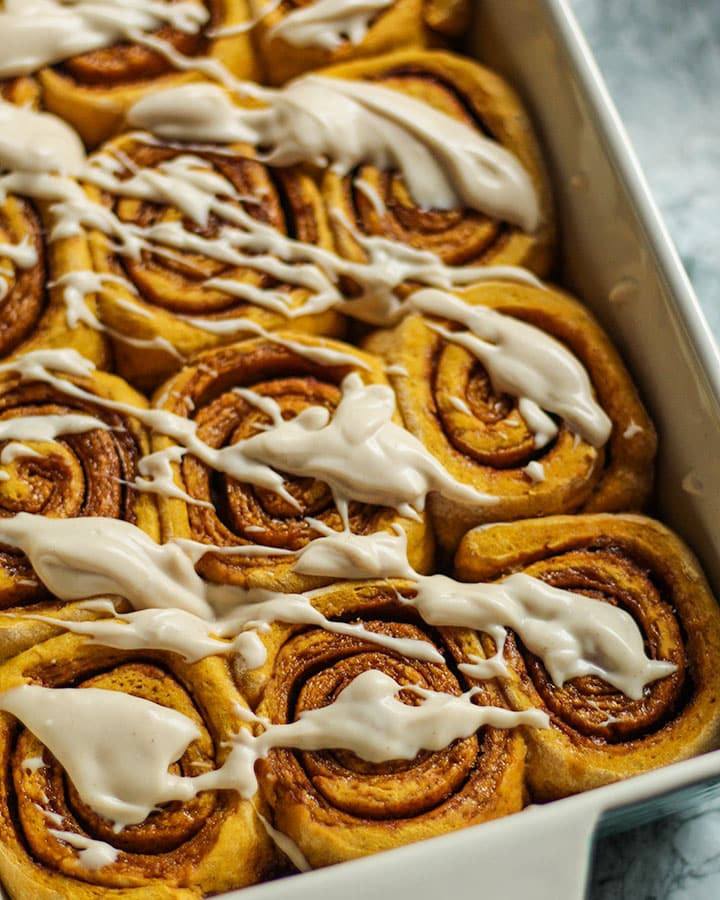 I have two other cinnamon roll inspired recipes on the blog, but these pumpkin cinnamon rolls with salted maple cheese cream frosting is probably is one of my favorites. I love pumpkin a lot. Outside of it’s nutrition, I really love how soft it makes these rolls. It also just defines fall flavor for me. The blend of pumpkin with pumpkin spice just absolutely hits the spot this time of year. While cinnamon rolls might take a while to make, they honestly are not hard to make at all. In case you are intimidated about making them, I’ve listed some detailed tips so you can enjoy ultimate cinnamon roll success! 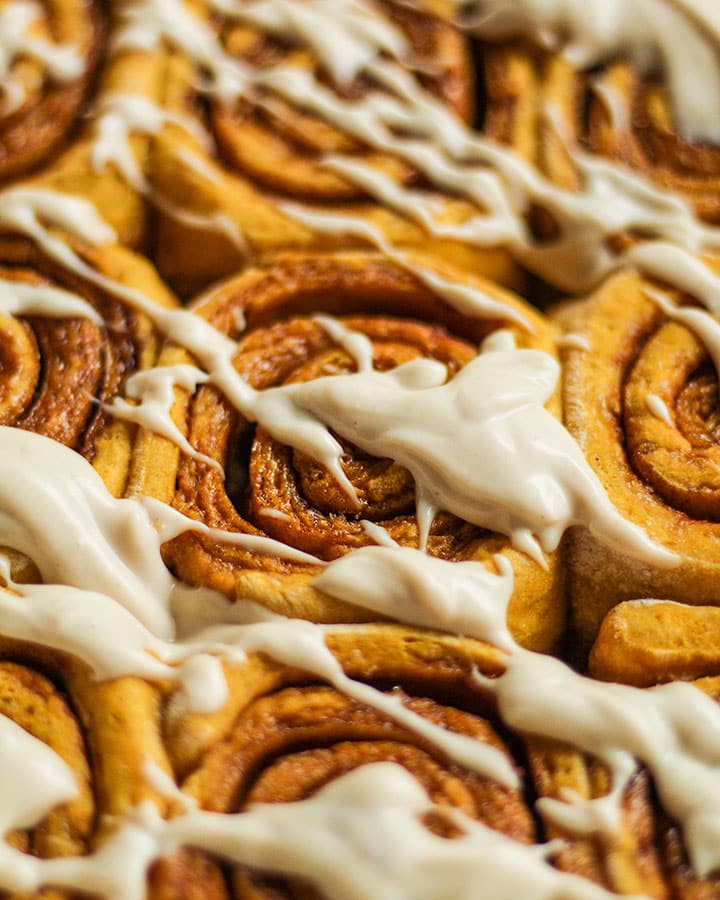 How to make Pumpkin Cinnamon Rolls 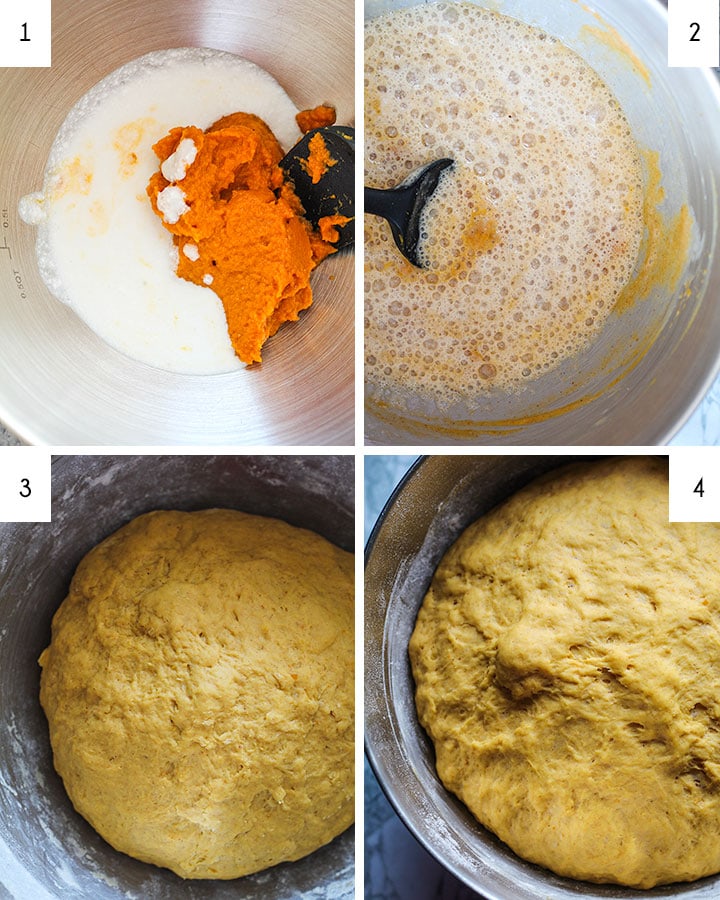 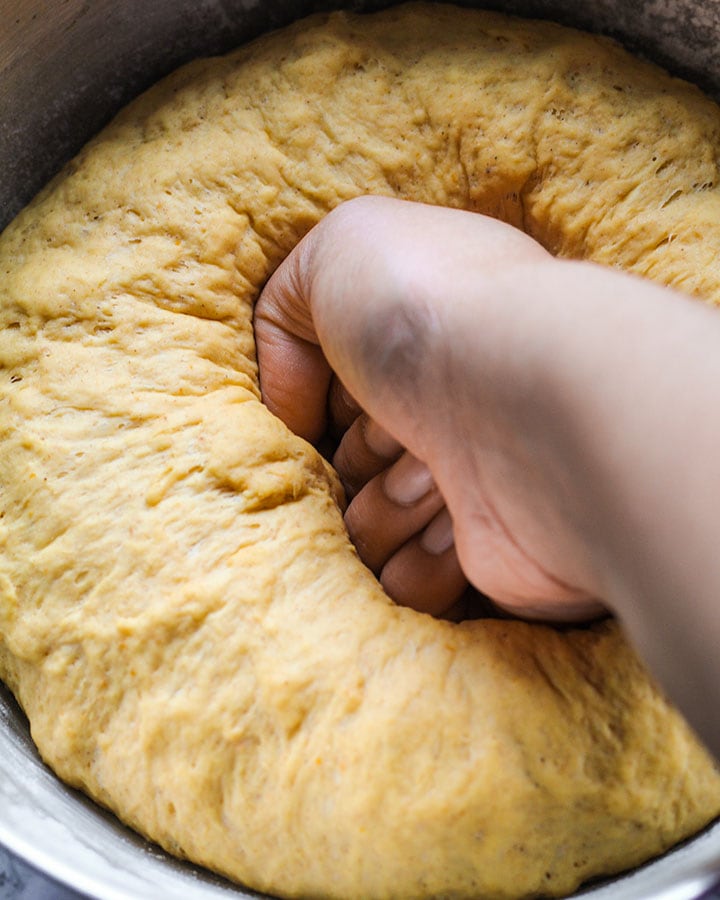 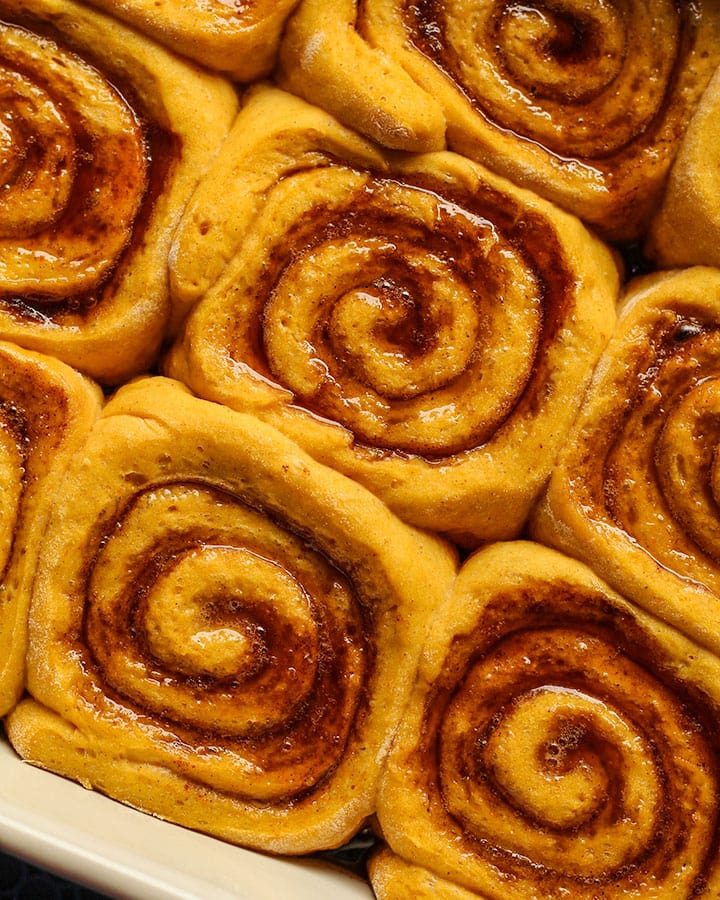 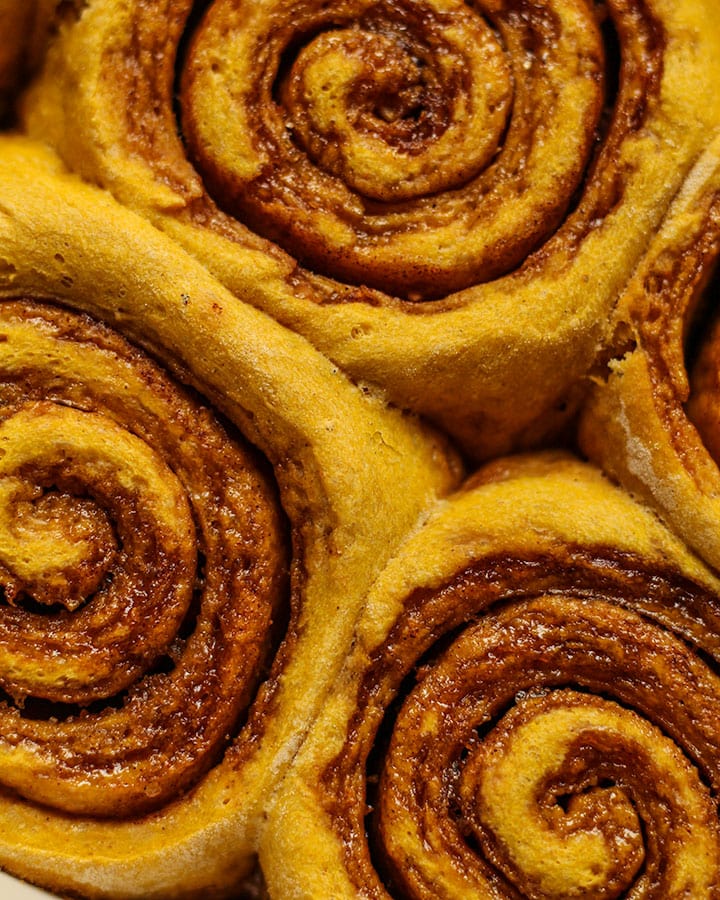 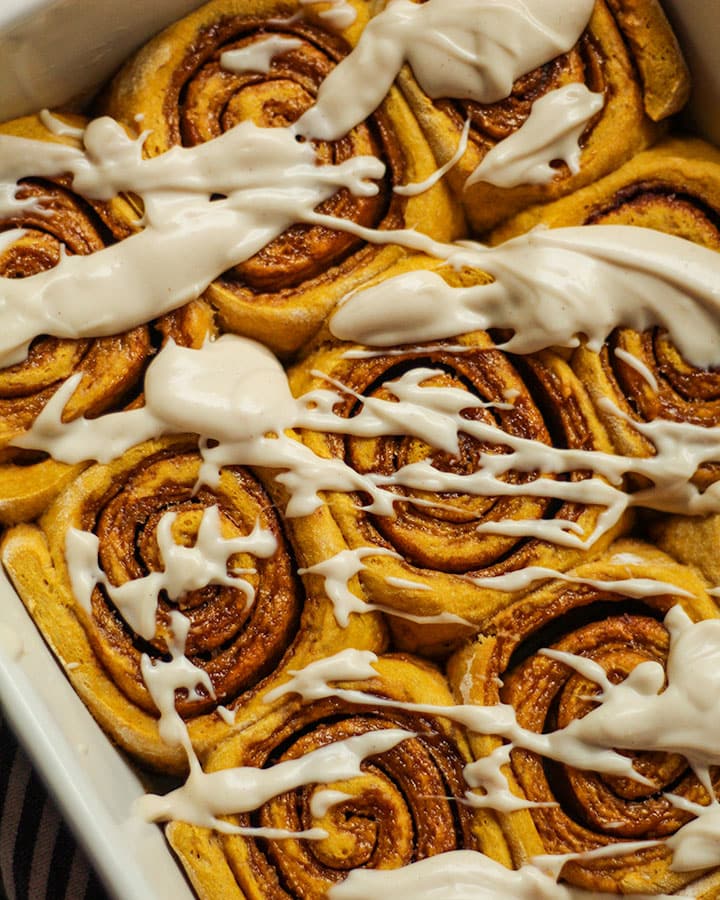 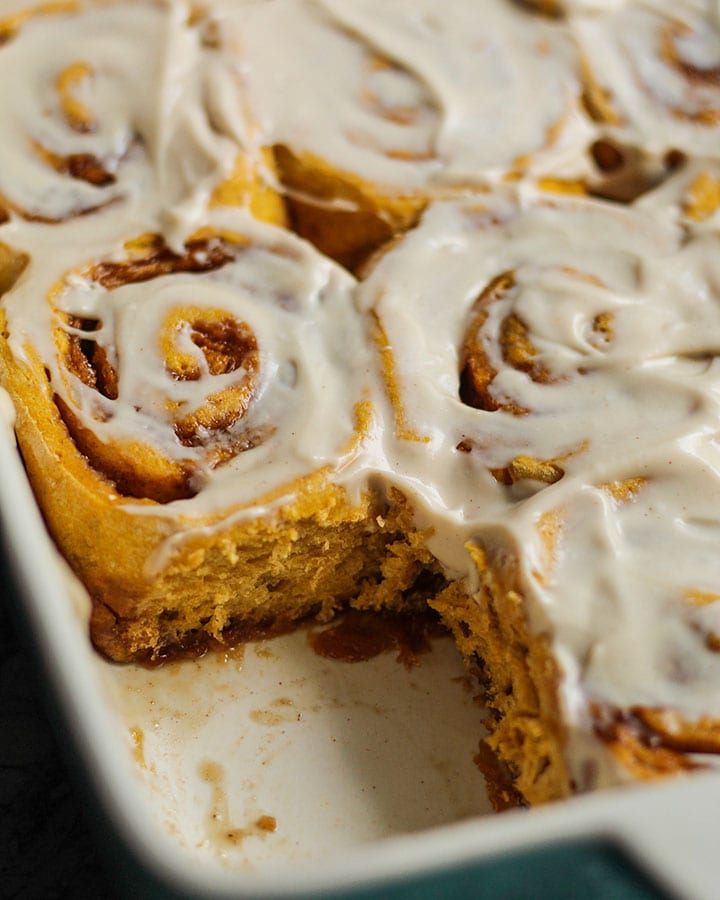 These soft vegan pumpkin cinnamon rolls use real pumpkin, the right amount of pumpkin spice and are topped with a maple cream cheese frosting.

Did You Try This Recipe?
Then let me know what you thought! Share your creations by tagging me on Instagram with the hashtag #plantbasedrdeats 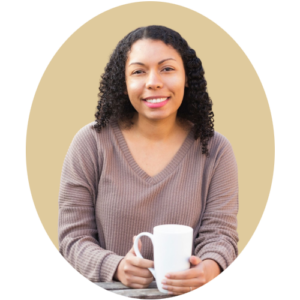 I’m Catherine, registered dietitian and plant based eater. I share tips and recipes for making  balanced plant based meals easier and more delicious. Learn more about me.